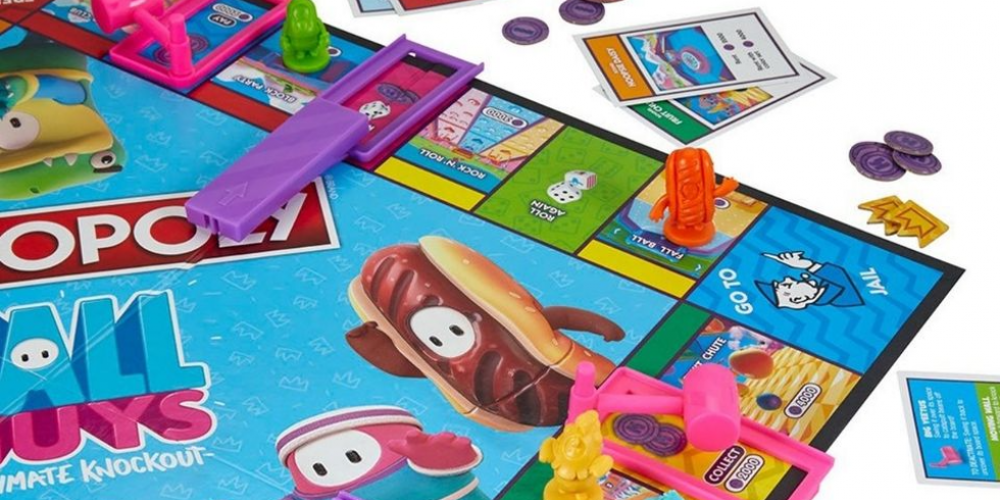 If you like Fall Guys' crazy mini-challenges you will definitely appreciate Fall Guys Monopoly. This game contains a standard Monopoly in its core, but with a famous Mediatonic touch. It has all chances to become the most favorite game of the year.

Monopoly is the legendary board game that definitely has more fans than Fall Guys, was played by generations of bored people without Netflix, and survived decades on the market. It is a win-win situation for both parties. Together with bright and slightly nuts Fall Guys, it may speed up its gameplay.

The news was revealed on the official Twitter page of Fall Guys. Developers said they teamed up with Hasbro to create a new Monopoly in Fall Guys style. According to the tweet, there will be lots of obstacles in players’ way. You will be able to use them to beat other players.

It is not the first time Monopoly makes crossovers. Even Fortnite has its board in the game. Game of Thrones can play Monopoly with their favorite characters as well. The new crossover with Fall Guys can add more life into the game, creating numerous obstacles for players. There will be new mechanics, a new board with more vivid colors, and Crowns to collect. You can “yeet” other players from the board if the obstacle is on your way. If you are playing with others, make sure you are the most dangerous rival there or you will be pushed down.

According to the official data, players can buy extra rounds. There will be the most legendary levels from Fall Guys like Hex-A-Gone and Gatecrash. Once the Crowns are all claimed on the board, the most successful owner of the biggest collection of Kudos wins. Such players are crowned as Blunderdome Champions. The game is already available for the US audience.

Are you excited about the new game? Will you buy it? Express your thoughts in the comments under the article.